On Tuesday night, the election happened for better or for worse. Many friends and strangers have reached out to the Institute this week. They’re fearful, they’re angry–and many of us feel the same way. Transitions are a time for processing and a time for realizations. We can either let  our anxieties darken our souls or try to use that energy to help combat racism, poverty, sexism, and more. Here are some of our thoughts from this past week:

The first stage of grief is denial. I think for myself, I have entered this stage upon hearing the news of our President-Elect and especially after reading his plan for his first 100 days in office. My denial is self-preservation of the highest order, for I am a woman of color who could be considered to be an immigrant, and our President-Elect clearly has plans against my very existence. People might state that race, gender, etc. are human constructs and therefore do not hold actual weight, but these identities are not arbitrary when hate is being spewed in a manner that could lead to serious conflict. And rather than add more fuel to this situation, I have decided to continue to remind myself of Gandhi and his unfathomable faith in the goodness of people. To recall his words in the wake of Tuesday’s election is an active measure towards compassion and understanding, especially when part of myself is being threatened by these larger systems of power. And so, I share his words with you, in hopes that it can also become deeply ingrained into our society as a whole, and offer as much healing as possible as we move forward during the next four years: “You must not lose faith in humanity. Humanity is an ocean; if a few drops of the ocean are dirty, the whole ocean does not become dirty.”
by Maria Engels

“We shall be a mighty kindness”..  That phrase has been in my mind upon awakening these last 3 days…the final line of a favorite poem for dealing with change and loss by Rumi, called Zero Circle.  I am mindful that this is the day when we remember veterans, whose rate of suicide now is one person each day,  as well as the the broken treaty signed Nov 11, 1794 between the US government and the Iroquois nation (on whose land the Gandhi Institute exists) for their service during the Revolutionary War.  From within this historic context today of the effects of war and of past broken promises, I look forward to working with others to stay awake, mobilize and embody mercy and courage.  See this fine essay from Charles Eisentein for more thoughts along those lines:
http://charleseisenstein.net/hategriefandanewstory/
by Kit Miller

Waking up to learn that Trump won the election was heartbreaking. I felt hopeless and couldn’t believe we had to move on like it was a normal day. Before leaving the house I wondered out loud what I would say to the students. How could I support them? What got me through the day was the opportunity to have meaningful conversations with a few of them. Their level of awareness, intelligence, honesty, and humor was inspiring and brought me to a better place. Two days later I’m determined to continue giving support to students and people in my life. I’m scared and taking it one day at a time.
by Cammy Enaharo 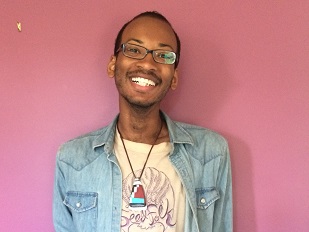 On the advent of Donald Trump’s looming ascendance into The White House, I perceive the United States to be on the cusp of an epoch’s conclusion; either we, as a national collective, will turn away from the twin venoms of settler-colonialism and white supremacy, or this nation will buckle beneath a heap of tainted ash.

The above epigraph is taken from the poem Elegy by poet Rachel Eliza Griffiths, a homage to Trayvon Martin, Sean Bell, & too many other Black men murdered at the hands of officers of the law. While speaking to different, though interlaced, subjects, my thoughts are in alignment with Griffiths’; I don’t know if what’s left of this nation after the next four years will rage into an inferno, or if this fire will be of the variety that purifies.
by Malik Thompson 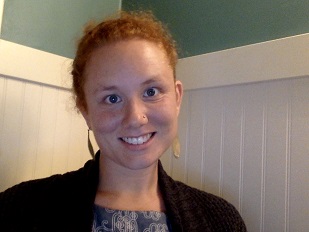 This election has made me realize how isolated I am…or maybe insulated is a better word. My Facebook feed is flooded with rage about Trump; my family and friends reflecting my fear and dread. It is comforting to know I am not alone. And yet…I can’t help feeling disturbed at how removed I am from anyone who helped elect my future president. And I think I have some responsibility in that, responsibility for distancing myself from people who belief in a reality I was too uneasy to accept. It has been so self-gratifying to place myself in an echo chamber of like minded people.

When confronted with different political opinions I mocked them instead of listened. I dismissed them instead of engaging in discussion. I did what what too many of us did– ignored the half of our country who felt powerless, angry, and confused.
So I’m left with wondering, how do I step out of my echo-chamber? Can I push myself to stay in touch with my beliefs on racial and economic justice, while also making space to be fully present with someone doesn’t share those beliefs? Over the next four years I hope I resist the urge to go numb and instead turn towards curiosity.
by Dana Lundquist 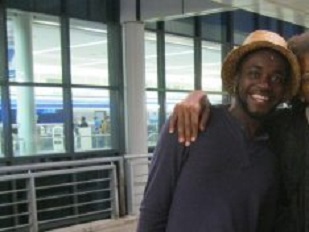 I personally was kind of amazed at the results– I didn’t expect Donald Trump to win. I didn’t vote and I feel that it would have been a different look for America if either candidates won. Both have different plans for America but similar ways of expressing their thoughts, no matter the manner. I know in order to go on any further we must grow to accept what we cannot change and change what we cannot accept about America.  I also feel like this month has been a success for the Gandhi Institute. We have done a lot as far as trying our best to reduce the anxiety of the election and keep hopes and spirits positive.
by Hoody Miller 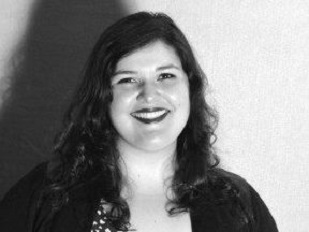 I woke up the day after the election and heard about hate crimes happening around the area. Pride flags were burned in Rochester and in Buffalo someone drew a swastika on a baseball dugout with the words “Make America White Again.” I understand that many people who voted for Trump are not bigoted; in fact, there was a whole group of people who felt disenfranchised and Trump had tapped into that feeling. Nevertheless, I’m genuinely scared by the people who are enacting these hate crimes and are mobilizing their efforts. American Nazis, KKK, the Alt-Right–all white supremacists– have been supporting Trump’s campaign. They’ve also been actively recruiting. The white supremacy movement is growing…or I’m just finally aware of its growth.

Now more than ever, I’m impassioned to help others in anyway that I can. I will not be a bystander to injustices. If that means I need to flex my ally-muscles, then I better start reading, listening, and offering to lend a hand. In the past, I often wondered what kind of person I would be like during movements the suffragists or the Civil Rights Movement. Now that the nation is shifting once more, I think I’m going to find out that answer.
by Christina Mortellaro

It was around 2:30am that I finally accepted that Trump had won the election. I spent most of my day wondering how I would react if those were the results and what type of silence and energy would fall upon America, particularly Black America.  Before they started counting the electoral votes part of me knew Trump was going to win, that prediction best fit all the spiritual signs and experiences I had been undergoing but nothing could fully prepare me for that night in the living room with my sister. My sister immediately began to cry. My tears followed hers as she kept saying, “They don’t care about us. Why don’t they care about us?” When I stopped crying the shock began to settle in. I knew we lived in a deeply oppressive country before Donald Trump but I didn’t know things were THIS bad. I didn’t know America was this evil, this lost, this stupid and this ignorant.  That night my mom said something along the lines of, “well, the world has died before but we keep living.” The emotional resilience and spiritual wisdom of my mother that echoed an ancestral spirit birthed my peace and was the only thing that allowed me to rest that night.