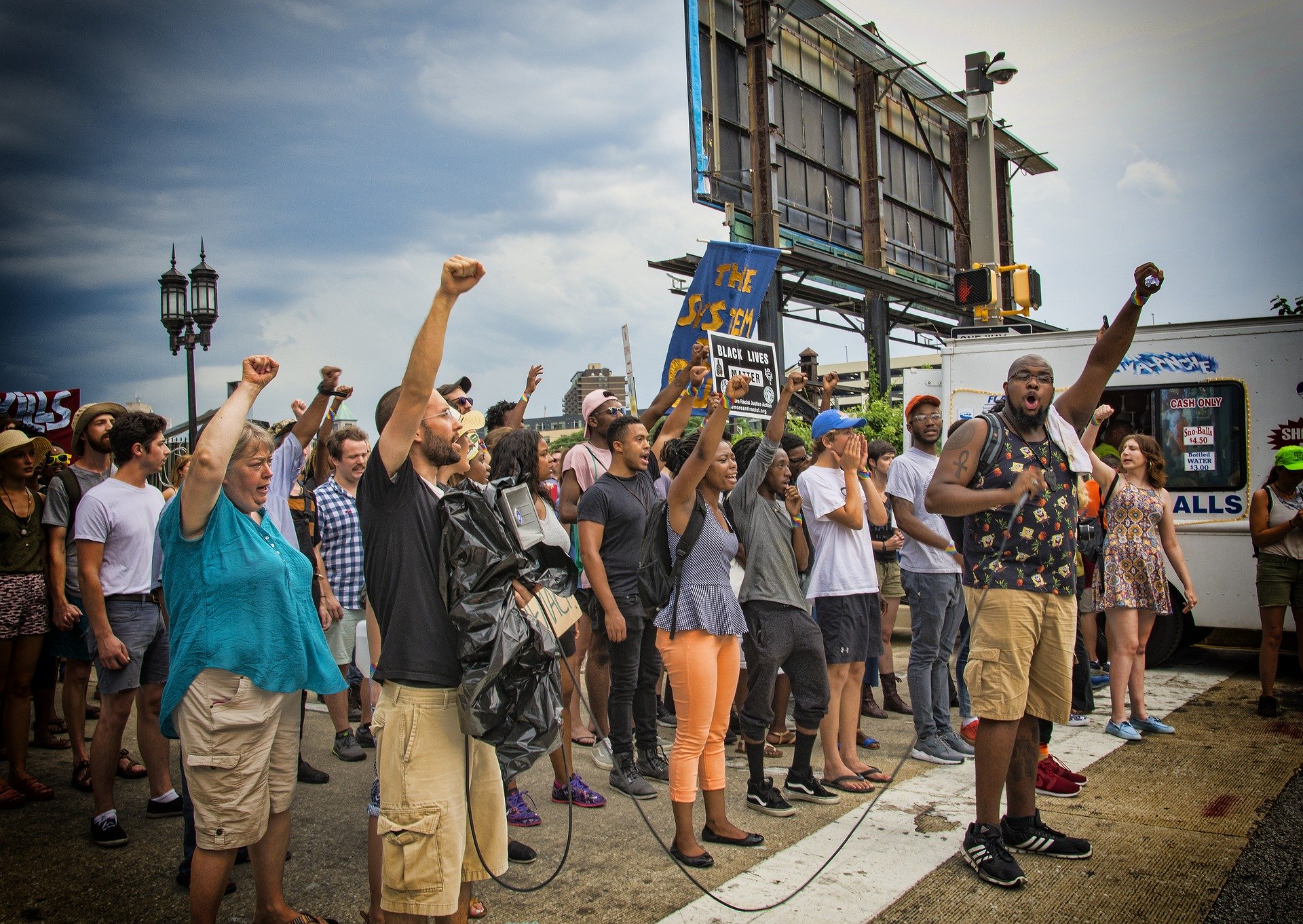 The Gandhi Institute’s Nonviolence Now national media project has also had a local (Rochester, NY) focus that sharpened in March 2020, when local schools were shut down due to Covid-19. Given the community and the Institute’s investment and effort in conflict resolution, restorative practices and social-emotional learning for local K-12 students, we wanted to creatively continue that work via community messaging for Rochester children, their families and all others.

With advice from our school-based staff and expertise from marketing professionals who volunteer at Causewave Community Partners, we created a campaign featuring open sentences, to respect individual choice and creativity, as well as stating principles such as “care for each other” and “think before reacting.”

These ads ran for 3 months in Summer 2020. We updated the ad content in May 2021 and will have a local Rochester campaign including billboards in July and August, ads running on local buses in September, and lawn signs distributed to folks who want them (contact us if you’re interested!).

We are also also engaged people both near and far to Rochester in a social media campaign using the hashtag #nonviolencenow. Participants could respond to prompts and then tag friends to pass along the campaign and generate a pool of healthy media posts. Winners received a retro fanny pack cooler filled with Gandhi swag.

Thank you to our Generous Partners.

Special thanks to the City of Rochester and Monroe County who are co-sponsoring this campaign.

Additionally, we would like to thank the following partners: 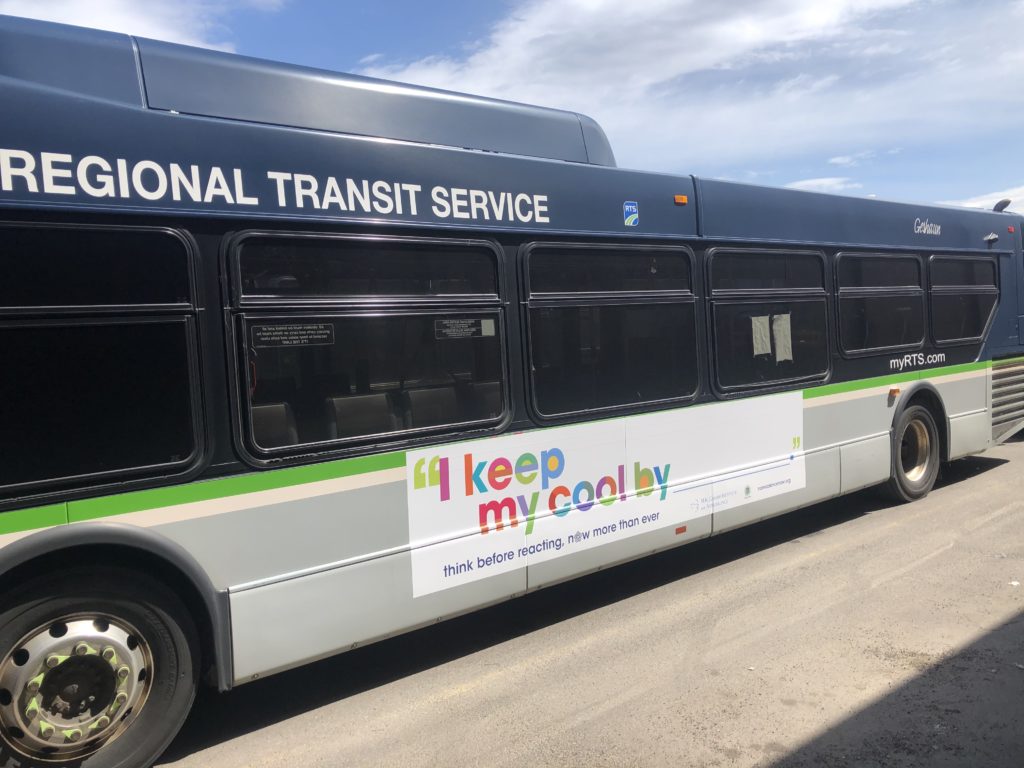 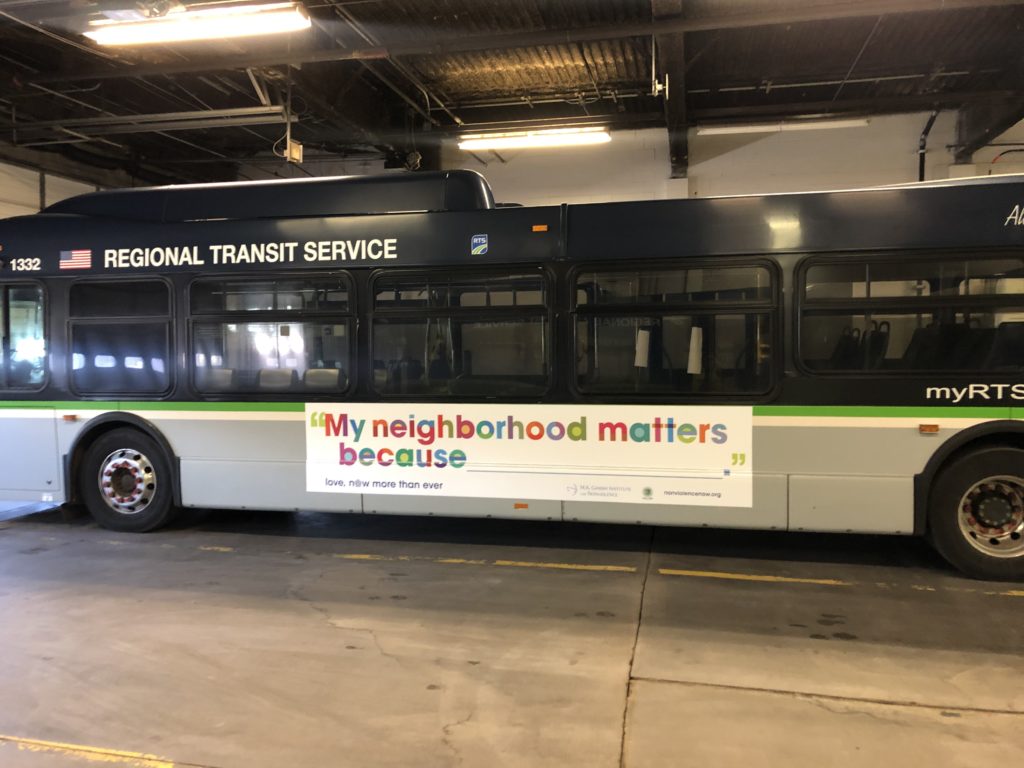 The Nonviolence Now project began in January 2018 when the MK Gandhi Institute for Nonviolence won a global, digital media prize from the Newman’s Own Foundation and chose to dedicate the campaign to marketing the idea of nonviolence itself, especially to younger people. The prize was administered by PVBLIC Foundation, a nonprofit media organization and was launched at the United Nations’ celebration of Mahatma Gandhi’s 149th birthday, October 2, 2018.  A team of volunteers and staff created such an effective campaign that the prize was extended, including a full page ad in Newsweek magazine in December 2018. During 2019, the Nonviolence Now team focused on launching and supporting their sister project, Nonviolence News. Phase Two of Nonviolence Now began in January 2020.

Sign up for the weekly e-newsletter from our sister project, Nonviolence News, to receive reports of nonviolent actions happening around the world!

Each week, Nonviolence News brings 30-50 current stories of “nonviolence in action” to readers, illuminating how nonviolence is actively shaping our world.

We are honored to join our partners at Peace Alliance in advocating for five policy priorities to make peace an organizing principle in federal, state, and local governments. Outlined in the “Blueprint for Peace,” these solutions to violence include:

Join us today in endorsing the Blueprint for Peace and send an automatic letter to your elected officials urging them to implement these policies:

Harassment is now a “feature” of life online for many Americans: 43% of U.S. teenagers have experienced bullying online, and the majority have encountered hate speech in the form of racism, homophobia, anti-religion, and sexism. In its milder forms, it creates a layer of negativity that people must sift through as they navigate their daily routines online. At its most severe, online harassment can compromise privacy or even pose a threat to physical safety.

The Gandhi Institute’s Nonviolence Now campaign serves to strategically interrupt this trend and to awaken people’s potential to be their best selves online.

As Media Psychologist Janicke notes, “Rather than simply seeing media as a negative influence to rein in, we’re beginning to understand its potential to spread goodness on a wide scale.” The power of positive media is particularly pronounced for youth, who spend an increasingly significant amount of time exposed to electronic media and who are at a critical developmental stage where the adoption of a particular worldview or social behavior habits may stick with them for the rest of their lives.

In its second phase, Nonviolence Now launched a petition campaign on the MLK holiday on January 20, 2020. Focusing on the 25 communities most impacted by violence nationally, ads for Nonviolence Now engaged over 80,000 young consumers (18-35). The ads offered an opportunity to become supporters of the national Blueprint for Peace campaign — calling on elected officials to implement effective solutions to violence — and to subscribe to the Nonviolence News e-newsletter, which shares 30-50 current stories of nonviolent actions and campaigns each week. Through this effort, Nonviolence News has effectively become the largest nonviolence journal in the country.

The stories that we hear and tell shape our reality. They help us to make sense of ourselves and others. Nonviolence Now introduces and shares stories of nonviolence, igniting the potential of principled nonviolence globally.