Major League Baseball has been rocked over the past several months with revelations that the 2017 champions, the Houston Astros, cheated. If you’re not familiar with the story and don’t follow baseball, here are the basics:

The Houston Astros won the 2017 World Series but as it turns out, the team participated in illegal “sign stealing” to do so. In baseball, the catcher and the pitcher communicate with one another using hand signals. If the batter, or those communicating with the batter, are able to decode the hand signals, then the batter has a better chance of hitting the pitch that comes their way. It’s not unusual to try to decode these signs in baseball. What is unusual, and illegal, is that members of the Astros used a number of electronic interventions to steal the signs including a camera-to-phone relay system and a computer software program. The cheating became public knowledge in November of 2019 when a former player revealed what had been happening. Following an investigation, the commissioner of MLB handed down some punishments to management associated with the team and the owner of the Astros fired the managers. The Astros also lost access to their first and second round draft picks for the 2020 and 2021 seasons and were fined five million dollars.

Despite the punishment of management, loss of draftees, and fines, there is still significant anger and calls for greater action from many across the baseball world, most notably, the players. Members of the Astros are receiving threats of harm and retaliation and it seems everyone, from commentators to little league coaches, are calling for more punishment.

Obviously, cheating is a problem and it’s understandable when it causes outrage. But what went so wrong in addressing this harm? And what could a better post-harm process look like?

The MLB, like most organizations and systems in the US, is set up using a model of justice that works a bit like this:

This model is a gross, but not inaccurate, generalization of retributive and punitive justice models and roughly tracks with what happened in the sign-stealing incident. But what happens to the people who suffered from the harm in the first place? The benefits the Astros reaped from their cheating had direct impacts on people that are noticeably absent from almost every step in the process. For example:

What if the MLB had used a process that involved all stakeholders and worked to repair the harm that was done? What might that have looked like? Imagine the steps had instead gone something like this:

At no point in the above steps do stakeholders cede their own power or voice to an authority. We don’t know what solutions might have come out of a process like this. Perhaps the Astros would have returned their championship title and/or paid restitution to players or teams. Having witnessed and facilitated enough of these processes, albeit, not with professional sports players, I feel confident that at least two positive impacts would have occurred:

Our country, let alone the world, is rife with injustice. Countless community members lose their lives every year to death and mass incarceration, so why talk about justice in baseball? Because we are tragically short on examples of transformative justice and peace building in popular culture. It’s easy to think of these issues as being relegated to the criminal justice system and forget the importance of our own mental models in shaping what justice looks like. Critiquing what’s wrong and what we don’t like about our current state takes skill and is important work, but it’s not the only work that needs to get done. Imagining how things could be different is a critical step in creating something new. If we don’t practice imagining how to help folks repair after something as relatively simple as cheating, we will really struggle to offer solutions when the stakes are much higher. I want to move further and further away from the carceral logic that seems to rule our popular dialogue, demanding more and more punishment, and towards a world that allows for true accountability and reintegration after harm. 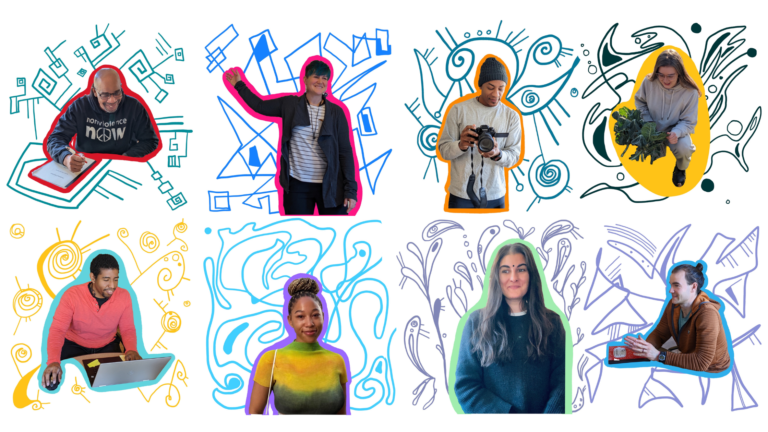